Graduated Humboldt State University, Over a decade of industry experience in cultivation, dispensary management and advocacy

Kimberly has been passionate about advancing the medical cannabis industry in California through advocacy and education for over a decade.  When she graduated from Humboldt State University in 2006 as a Presidential Scholar on the Dean’s List, she moved to Sacramento to begin her career.  She gained invaluable industry and business management experience as the general manager of one of California’s first dispensaries.  There she had an opportunity to work behind the camera interviewing medical cannabis patients for a documentary.  During that special time she spent with those patients she realized that she had a responsibility to stand up for those that are too sick or too scared to stand up for themselves. So she decided to start volunteering for Americans for Safe Access and began organizing patients and advocates for City Council meetings, County Board of Supervisor meetings, Planning Commission meetings, State Senate and Assembly meetings, protests and signature drives.  Working with Americans for Safe Access taught Kimberly the importance of patient’s need of legal knowledge.  Over the years she has volunteered at many dispensaries and events as a Peer Counselor for Americans for Safe Access teaching patients the laws and the importance of standing up for their rights.

In 2009, began working as a business consultant for the medical marijuana industry.  Over the years she has helped open or reopen over a dozen dispensaries and commerical cultivation sites.  Kimberly has been instrumental in advancing industry standards with her positions on the boards of: Sacramento County Patients & Collectives Association, the Committee for Safe Patient Access to Medical Cannabis, Sacramento chapter of Americans for Safe Access, Sacramento chapter of The National Organization for the Reform of Medical Marijuana Laws, the California Cannabis Industry Association’s Legislative Advisory Board and the California Grower's Association.

At her current position as the CEO of A Therapeutic Alternative Inc. Kimberly is proud of the fact that her patients are provided with the highest level of service in California.  A Therapeutic Alternative, Kimberly holds one of California’s few operational permits for a Medical Marijuana Dispensary regulated by the City of Sacramento. She has been commended by many City and State government officials for operating a model dispensary. Kimberly was instrumental in the writting and passing the Medical Marijuana Regulation and Safety Act of 2015. She is currently working with the State officials to enact the new regulations.

Kimberly is a published writer for DOPE magazine,West Coast Leaf and Health & Fitness Magazine.  She has been interviewed by many publications including West Coast Cannabis, Sacramento News & Review, The North Coast Journal, Sacramento Business Journal, Sacramento Bee and Sacramento Alternative Magazine.  She has been interviewed by Fox 40, CBS 13, a guest of Soapbox public television and Health Radio and sat on panels at the 2015 National Cannabis Industry Association’s Business Conference, the 2015 Marijuana Business Conference and Expo and the 2015 Awaken America Conferences.

Kimberly believes that education is the basis of change.  She has organized the first class on Cannabis at Sacramento City College, The Chemistry of Cannabis.  She currently teaches the section on marijuana in the Alcohol and Other Drugs Health Course at Sacramento State University on a semester basis.   In 2013, Kimberly was voted one of the top ten most influential people in the cannabis community in Sacramento by Sacramento Alternative Magazine.

Kimberly has worked hard over the years to continually expand her knowledge of the science and politics of medical cannabis.  Her passion for social justice reform has fueled her desire to stay in the industry through some very hard times.  Kimberly is respected for her knowledge, ethics and compassion.  Her experience has earned her the title as an expert in the medical cannabis industry.

dear mdame greetings, i use cannabis as ash form for medical use .does this form has any objection from federel govt filing suite as the constituents are less than1.5%

Unless you are a patient on the NID program receiving your Cannabis directly from the Federal government every month, you are in violation of federal law.  Every patient needs to weigh this against their medical needs... As a patient you are at low risk for the federal government to interfere with your personal choice of medicine; however, it is not 100% legal. 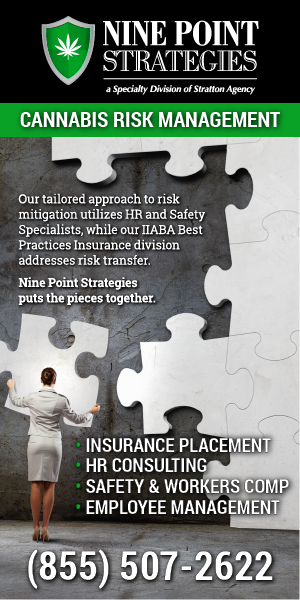