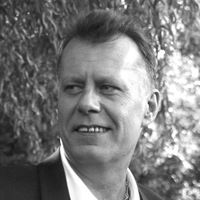 Get an International perspective!! Experience in the US and Australian markets. Leading MMJ brands, have visited 300+ dispensaries!!

Michael “Murch” Murchison was born and raised in Sydney, Australia.

Murch is an executive and project manager in the Australian and International music and events industry. He has worked in the industry around the world for over 30 years.

In 2005 he was one of the original co-creators and executive producers of Rock Star: INXS, that was made in Los Angeles in conjunction with Mark Burnett & CBS Studios that was viewed by over 91 million viewers in over 32 countries.

Over his career he has been involved in high level governmental and negotiations and sponsorships for events. On many of the events, relationships with the Police have been integral and have been initiated and managed by Murch.

Murch's career has involved considerable work on the business and contractual side of the entertainment industry as well as logistics, transportation, work place safety, personal protection, and individual artist management on a day-to-day basis.

In 2014, Murch made a sideways move into the emerging Medical Cannabis market. As Founder and Executive Director of Cann Group Limited, whose interests span from Australia to the USA, Murch’s extensive knowledge of the international logistics and freighting world as well as international finance and tax experience has allowed him to bring major players to the table to take this venture, as with all his endeavors, to the highest level.

The Cann Group Limited ('CANN') are an Australian based unlisted public company, with International subsidiaries, experienced Board members and US cannabis industry qualified Executive Management; who have auditors, corporate advisors, accountants & tax agents and long term US legal representation in place.

CANN's Grow staff are members of the US National Cannabis Industry Association and have attended all NCIA training, seminars, technical symposiums & accreditation courses held in 2014 and 2015. Amongst our Australian staff, we have eligible employees who have qualified for California Government-issued Medicinal Marijuana certification cards and have developed relationships that include product distribution rights and contracts with leading US market players.

CANN has been positioned to be a ‘first mover’ in Australian market when any Australian State passes Medicinal Cannabis legalisation. As such, CANN has created a manufacturing and technology structure of subsidiary companies that can import, cultivate and process cannabinoid-based products for markets where cannabis is legalised for medicinal uses.

Frontier Events is part of Australia's largest independent entertainment group, the Mushroom Group.  Launched in 2009 as Frontier Touring’s corporate division supplying, managing and organising entertainment for government, global corporations and some of the major international sporting events in Australiasia in addition to staging large scale exhibitions in Australia’s finest museums.

In 2010, after nine years of planning, the Frontier Events Company in association with Premier Exhibitions and RMS Titanic; Titanic: The Artefact Exhibition visited Australia for the first time in a record-breaking engagement at the Melbourne Museum. From May 15th to November 7th, the Melbourne Titanic: The Artefact Exhibition set a new record for the highest paid attendance in Australian exhibition history with more than 480,879 visitors over 178 days.

The “Titanic: The Artefact Exhibition, Economic Impact Assessment” 2011 report, compiled by Ernst & Young (based on data collected by Newspoll and information provided by Frontier and Museums Victoria), estimated the increase in Victoria’s Gross State Product (GSP) as a result of Titanic being staged in Victoria as $37.7 million including a total increase in spending within Victoria by interstate and international visitors due to Titanic: The Artefact Exhibition as $19.23 million.

Odd Couple Productions is a creative design production & television concept consulting company. The development of a concept can also include a range market evaluations reports with well-known industry consultants on an al-a-carte and confidential basis.
With offices in Sydney and Los Angeles, Odd Couple Productions currently has consultancy and market evaluation projects underway in Melbourne, Los Angeles and Sydney.

Since 1992, PSI has grown from one of the first Australian-based event & logistics operations into a boutique digital content & event development consultancy that services Fortune 500 & publicly listed companies. PSI is also an international market leader consulting to major venues for the creation of one-off and calendar events.

With offices in Los Angeles and Sydney, PSI has a track record of successfully negotiating and producing events with integrated partners that have included venues, sponsors, governmental agencies, tourism bodies, sponsors and distribution networks.

As an Executive Producer and format co-writer of “Rock Star: INXS”, Michael spent two years working on this major television event which was broadcast in North America in 2005 on the CBS network; and other parts of the world by regional broadcasters.  Rockstar: INXS was viewed by over 91 million viewers in over 32 countries. Michael also co-managed INXS internationally during this period.

The Frontier Touring Company is one of the most respected, long standing, and proactive concert promoters in Australasia. Formed in 1979, Frontier has had a fundamental role in entertaining Australians and New Zealanders across three decades.

Headed by Michael Gudinski and part of the Mushroom Group of Companies, The Frontier Touring Company has developed into one of the most highly respected touring companies in the Southern Hemisphere and continues to produce some of the most memorable tours to ever visit "down under".   Since forming, The Frontier Touring Company has toured some of the worlds most established and up and coming artists.

Michael’s role as Promoter Representative and Tour Manager included advance tour planning and set up, day-to-day management of a tour on the road, liaising with artists, artist managers, venues, hotels, sound & lighting vendors, and overall financial management of the tour or event.

During this period, Michael was also the Project Director on all of Frontier's one-off and special events including the 1995 'Crowded House Farewell to the World' Sydney Opera House concert and nationally televised 'Rock the Millennium' concert at Sydney Harbor on New Year's Eve 1999.

What is the status of cannabis legalization in the country of Australia?

The Australian Federal government passed legislation that legalises 'medicinal cannabis' in February 2106.  Regulations that tie into the legislation and due to be enacted bu October 30 this year. 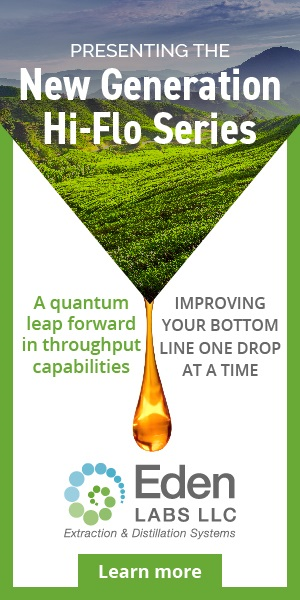