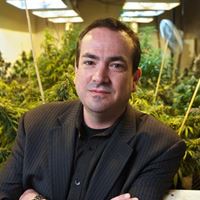 John Davis is a founding member and Executive Director of the Coalition for Cannabis Standards and Ethics Washington’s oldest and largest industry group.  He is a founding member, Board member and Vice Chair of the National Cannabis Industry Association the United States largest industry group.  He has worked on drug policy reform for over 20 years.  John was a Board member of Hemp Initiative Projects of Washington State starting in 1993 where he helped to author early marijuana legalization initiatives and run the campaigns.  He also served as the Treasurer for the 501(c)4 organization.

Deciding that more education would be needed in order for a reform measure to pass, John started volunteering for Seattle Hempfest in 1994.  John became the organization’s first Construction Director.  He was elected to the Steering Committee in 2002.  And when the entity was re-organized in 2006 he became the first Chairman of the Board of Directors and Vice President of Seattle Events, A Non-Profit Corporation (SEANPaC) the production company behind Seattle Hempfest.  John works on the organizational and political strategy for SEANPaC.  John accepted along with Vivian McPeak the 2008 NORML Cannabis Advocate of the Year on behalf of the volunteers of Seattle Hempfest.

In 2009 John was asked to manage and restructure Washington’s oldest and most respected cannabis dispensary, Compassion in Action.  John took the organization from the brink of bankruptcy to be a thriving $3,000,000 a year enterprise.  He left to pursue other ventures culminating with the founding of his current project; Northwest Patient Resource Center.  John serves as the President and Chief Executive Officer.  They have two locations in the City of Seattle to serve the needs of medical cannabis patients and providers and recreational 21+ customers in 2016.  John has been featured on ABC, NBC, CBS, FOX, CNN Money, Bloomberg, Fox Business, Ai Jazera, ITN4, NHK, TFI, Puget Sound Business Journal (Cover), Seattle Times, New York Times, New York Daily News, The New Yorker, American Banking Magazine, GQ and many more.  John was Cannabis Business Executive’s pick for #8th most influential person in cannabis policy of all time.

John has served as a cannabis policy expert to the State of Washington the City of Seattle as well as multiple states and localities.  John serves on the Washington State Interagency Regulators Achieving Cooperation (IRAC) committee that puts together building officials, law enforcement, environmental, labor, fire and multiple other regulatory bodies.  The IRAC committee won the 2015 Most Innovative Program Award and Collaboration Award from the North American Hazardous Waste Association.  John helped author the Washington State implementation guide for legalization implementation with the IRAC group.

I am interested in starting a cannabis distribution company in California. However, I have not been able to find any resources in which detail how I can go about getting my licensing and permits. Are you aware of a website or any reference material that will detail the...

The best place to start is the California Buraeu of Cannabis Control.  I think the specific resources that you are looking for are at https://bcc.ca.gov/licensees/distributors.html .  This is where you will find the criteria and the applications.

Can you recommend an expert on growing medicinal marijuana in San Diego County (City of Oceanside)? We own substantial available land.

I am a policy guy who mostly works with retail.  I also live in Washington.  I would ask Alex Cooley from Solstice.

What is the best way for a cannabis start up to raise capital? Do you see any prospects in a new way to raise capital through Initial Coin Offering (ICO) in a crypto industry?

There are no "one size fits all" capital raises.  You need to have a plan for how much capital is needed, how it is to be deployed and how much of the company are you willing to give for the raise.  My advice is to sit down and come up with your business plan and then you can better determine the best way to raise capital for your individual endevour.
ICO's are risky.  In July 2017 the US Securities and Exchange Commission (SEC) claimed that coins are securities and therefore fell under their jurisdiction.  I do not recommend that any cannabis business employ any organization that would put them under the jurisdiction of the SEC.

Can I grow Commerically at my personal residence in Oregon

I'm seriously considering to move to Oregon and apply for a growers license. Is it allowed to grow Commercially at my personal residence, if I buy in the right location? I'm only looking to become a small scale high quality grower using about 2000 SF of space. I was thinking to buy a large house with full basement and designate half of the house to growing with possible expansion outside in greenhouses. Is this allowed in Oregon?

The Rules regarding marijuana production have not been finalized in Oregon.  There is nothing in the law that precludes commercial production in a residence.  That said 475B.025 gives the rule making authority broad discression in creating rules to ensure public health and safety.  The Rules could limit areas that can be used for production.

The thing that you will really want to consider is that local authorities can zone however they see fit.  Generally residences are not allowed in local zoning for a commercial cultivation.  There are commercial/agricultural zoning areas that are sometimes allowed within a locallity that do contain residences.

If you are going to consider a move, I would caution you to wait until the final rules are available to ensure that no prohibitions on residences are instituted.  Also, find an area that has specific zoning on cannabis and find an area where you can have the operation that you want and that is supported by local zoning.
Reply
0
Anonymous asked John Davis

Does Washington State direct any of the revenue collected from taxes on cannabis for specific purposes or does it just go into the state's general treasury?

Thank you for your question.

The proceeds of marijuana, licensing fees and penalties go into the Washington State dedicated marijuana account (RCW 69.50.535).  There is an appropriations rider on this account that stipulates where some of these funds are to be dispersed (RCW 69.50.540).

Following the money from cannabis in Washington State can be tricky.  Some appropriations are expressed in percentages and some are harder numbers.  Some are expressed in minimums and some in maximums.  The answer is really that the appropriations set guidance and minimums that is then formalized by the budget in the legislative process.  Additionally, this depends on the amount of revenue that is actually realized.

The expected percentages that are to go to specified programs are to be roughly:

The remainder would go to the General Fund.

I hope that this answers your question.

i would like to apply a start up firm with citizen of usa for cure of diabetic foot ulcer with cannabis .kindly advise

I would be very careful about making medical claims about cannabis preparations.  If you are marketing a "cure" you have to go through the entire FDA process with clinical trials that can cost around $500 million dollars and take a decade to complete. http://www.medscape.com/viewarticle/405869_4  Add to that the fact that cannabis is still listed as Schedule 1 which can not currently be researched according to the FDA and you will begin to see what an uphill battle this is.

My advice to you is to pick a State that you want to call home to your company.  Find one where the laws are friendly to cannabis.  Obtain the appropriate licenses.  Then develop a preparation that you believe will be beneficial.  Get it to market so that you can start realizing revenue.  You can call it "Foot Magic" or something along those lines.  Again, make no medical claims.

You can begin to find people (with a doctor's recommendation in a medical only state) that have the condition that you would like to focus on and work with them to begin to study the outcomes.  You can then begin to dial in your recipe.  When a change in federal scheduling occurs, you will be better suited to take any next steps.  You can also make relationships with Doctors that work with diabetics to make them aware of your work.

Of course this is a vast over-simplification of a very complex process.  I would definitely not try to go it alone in forming a start up in the cannabis field.  Find your self a good team to help you through the process.  I would hire a good consultant that has experience in the industry to help you out.

Sorry, I may need some clairification.  Are you looking at a therapy for a specific medical condition?  Can you give me some rough information? 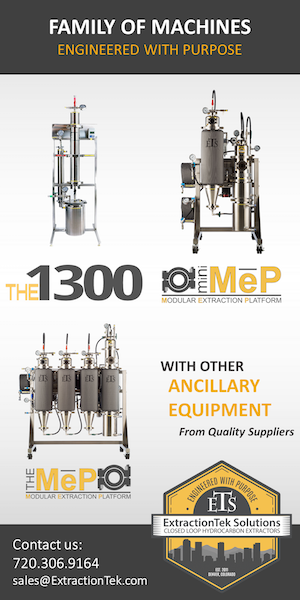